This is one of the most absurd papers we have yet encountered.

This paper was part of a 2016 Master's thesis by Amanda Marie Barberio (U of Calgary, 2016). The thesis was entitled:
Two papers were published out of this work, the thyroid paper and a companion paper on IQ (Barberio et al., 2017, 2017a).

While Barberio is listed as the primary author, it is Lindsay McLaren - a well-known fluoridation promoter in Alberta - who is "accountable for all aspects of the final manuscript" (Barberio Thesis, 2016). It is McLaren who is listed as the contact for this paper, not Barberio. At the time this study was designed, McLaren was President of the Alberta Public Health Association. She is the Chair in Applied Public Health "evaluating fluoridation cessation in Canada" for the Canadian Institutes of Health Research (CIHR) and the Public Health Agency of Canada (PHAC), the funding sources for this project.

McLarens' work was previously shown to be of highly questionable value, as data she had used to claim that fluoridation cessation in Calgary had increased caries was found to be seriously flawed (Neurath et al., 2017).

[Yet, the 2019 NTP Review Draft lists this paper's authors as having "no conflict of interest".]


Problems with this paper

There are many problems with this paper, but for now, we shall discuss the one of greatest concern:

"There was no statistically significant association between fluoride exposure and abnormal (low or high) TSH levels relative to normal TSH levels."

"Barberio et al. (2017a) evaluated fluoride effects on TSH levels in children and adults combined and found no relationship between fluoride exposure (measures in urine and tap water) and TSH levels."

Although the data from Cycle 3 was available for such a direct comparison, TSH values were assigned to three categories instead: low-normal-high.


By comparing fluoride levels to a TSH reference range, the true impact of fluoride on TSH levels was now being hidden.

The upper limit in the “normal” range -> 4.78 mIU/L is so high that fluoride effects would not be apparent in this investigation.

For example, if fluoride increased TSH from 2 mIU/L to 3 mIU/L, it would never be detected now, as such an increase would still be within the "normal" range.

However, for a pregnant woman, this increase could have devastating consequences on the health of the fetus.

Barberio's upper limit of 4.78 mIU/L for the TSH "normal" range does not apply for women during pregnancy, the greatest risk period for damage to IQ and adverse birth events. The upper-level limit guideline is 2.5 mIU/L for the first trimester.

Worldwide, TSH levels for pregnant women in the first trimester have an upper limit of 2.5 mIU/L, specifically to avoid loss of IQ and other brain damage in the offspring. The same guidelines are used in Alberta (TOP, 2014).

In a large study undertaken by Zohreh Kheradpisheh from the Environmental Science and Technology Research Center in Iran, it was found that fluoride water concentrations of 0.3 to 0.5 ppm increased the TSH level by 0.6 mIU/L, compared to an area with 0 to 0.29 ppm fluoride. This resulted in a TSH increase from 2.2 mIU/L to 2.8 mIU/L - above the first-trimester upper limit of 2.5 mIU/L - thereby placing pregnant women and their offspring at risk (Kheradpisheh et al 2018). Increases were even more pronounced in people suffering from hypothyroidism, as reported previously by Lin et al. (1991).

Findings like these should be enough to question all fluoride supplementation programs:

Here, in this study on thyroid and IQ, the authors EXCLUDED pregnant women, as “pregnancy has a profound impact on the thyroid gland and thyroid function” (Barberio thesis, 2016).

Absurd is the word.

How can a study on fluoride effects on thyroid, TSH and IQ not consider TSH levels and their upper limits during pregnancy? And, if the TSH data was available, why weren't those actual levels compared to the urinary fluoride levels?

When the Cycle 3 data is sorted by gender for the age group most stable for this kind of investigation (20-39 yrs), an obvious association is seen across the percentiles - as urinary fluoride levels rise, so do the TSH levels while FT4 levels decrease. Assigning people to a TSH reference range of 0.55 to 4.78 mIU/L would never show this relationship.

A few last words about TSH levels within a "normal" range...

The TSH "normal range" for adults has been very controversial for many years and is now commonly set at 0.4 - 4 mIU/L, although many are advocating for a much lower upper limit.

Over 70 major studies in the last 20 years have shown significant associations of TSH levels in the upper range of "normal" with many adverse health conditions.

This is an urgent and important issue.

Under no circumstances should this paper by Barberio, McLaren et al. be allowed to further influence public health policy in Canada.

Barberio AM - "A Canadian Population-based Study of the Relationship between Fluoride Exposure and Indicators of Cognitive and Thyroid Functioning; Implications for Community Water Fluoridation" Master's Thesis, University of Calgary (2016)

6.5 Dissemination strategy
(from Master Thesis: A Canadian Population-based Study of the Relationship between Fluoride Exposure and Indicators of Cognitive and Thyroid Functioning; Implications for Community Water Fluoridation by Amanda Marie Barberio, U of Calgary, 2016)

Dissemination of these results to the scientific and health professional communities will occur via:

1) two oral presentations at the Canadian Association for Public Health Dentistry Annual Conference in Edmonton, Alberta from September 30th to October 1st 2016, and

2) submission of both manuscripts to scientific peer-reviewed journals. Other possible modes of dissemination include formal presentations to dental health professionals (e.g., hygienists and dentists) and Calgary City Council.

In anticipation that non-scientific audiences such as decision makers and the general public will be interested in the findings of this research, we have prepared a point-form version of a plain language summary (presented below).

"Conversely, a study by Hosur et al (2012) did not detect altered levels of thyroid hormones (free T3, free T4 and TSH) in 65 individuals living in India with dental fluorosis (used as a proxy for high fluoride exposure), with the exception of one individual whose serum levels of TSH were elevated."

1) Altered hormone levels were certainly observed, regardless as to what Hosur et al. state in their conclusion. The levels did not go outside a very wide "normal" range - even wider than in this study by Barberio et al. - hence were not considered "abnormal". 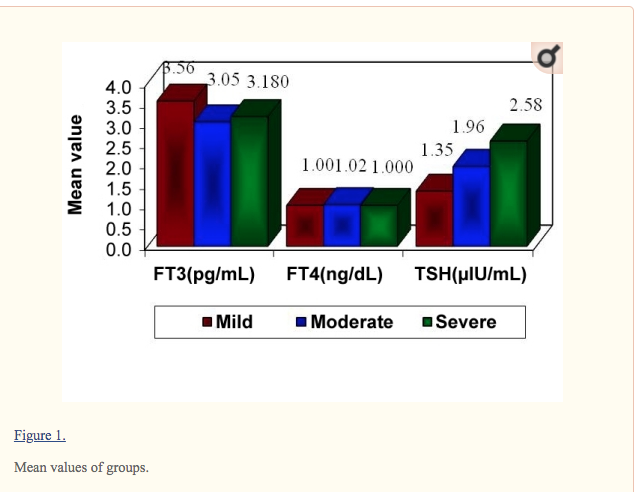 Re: "dental fluorosis used as a proxy for high fluoride exposure":

Dental fluorosis (DF) can't be used as a proxy for current fluoride intake in children and adolescents of this age. DF can only occur from fluoride exposure during crucial times of development - in utero to about 30 months of age for deciduous teeth and permanent incisors - esthetically the most important teeth. The dental defects seen in DF stem from thyroid hormone disturbances during that particular time period, when thyroid hormone levels are vastly different than in later years. The permanent incisors themselves don't erupt until about age 7. When thyroid hormones are measured they can only reflect the thyroid status at the time of the investigation. Likewise, when fluoride is measured in serum/urine, it reflects the current intake. The children in the study by Hosur et al. are between 10 and 18 years old.

Hosur et al. compared children with and without dental fluorosis from areas with different fluoride concentrations in the water. Unfortunately, the majority of the children in the study group had less fluoride in the water than the control group, making that comparison useless. Urinary fluoride or serum fluoride levels were not measured.

Re: The "one individual whose serum levels of TSH were elevated": there was one individual from the study group, but also one from the control group with elevated TSH (Of course many children had elevated TSH levels when "normal ranges" were properly applied.)

As Hosur et al. provide individual thyroid hormone data for all children in the paper, one can observe the same hormone disturbances as were documented earlier by Susheela et al. (2005).